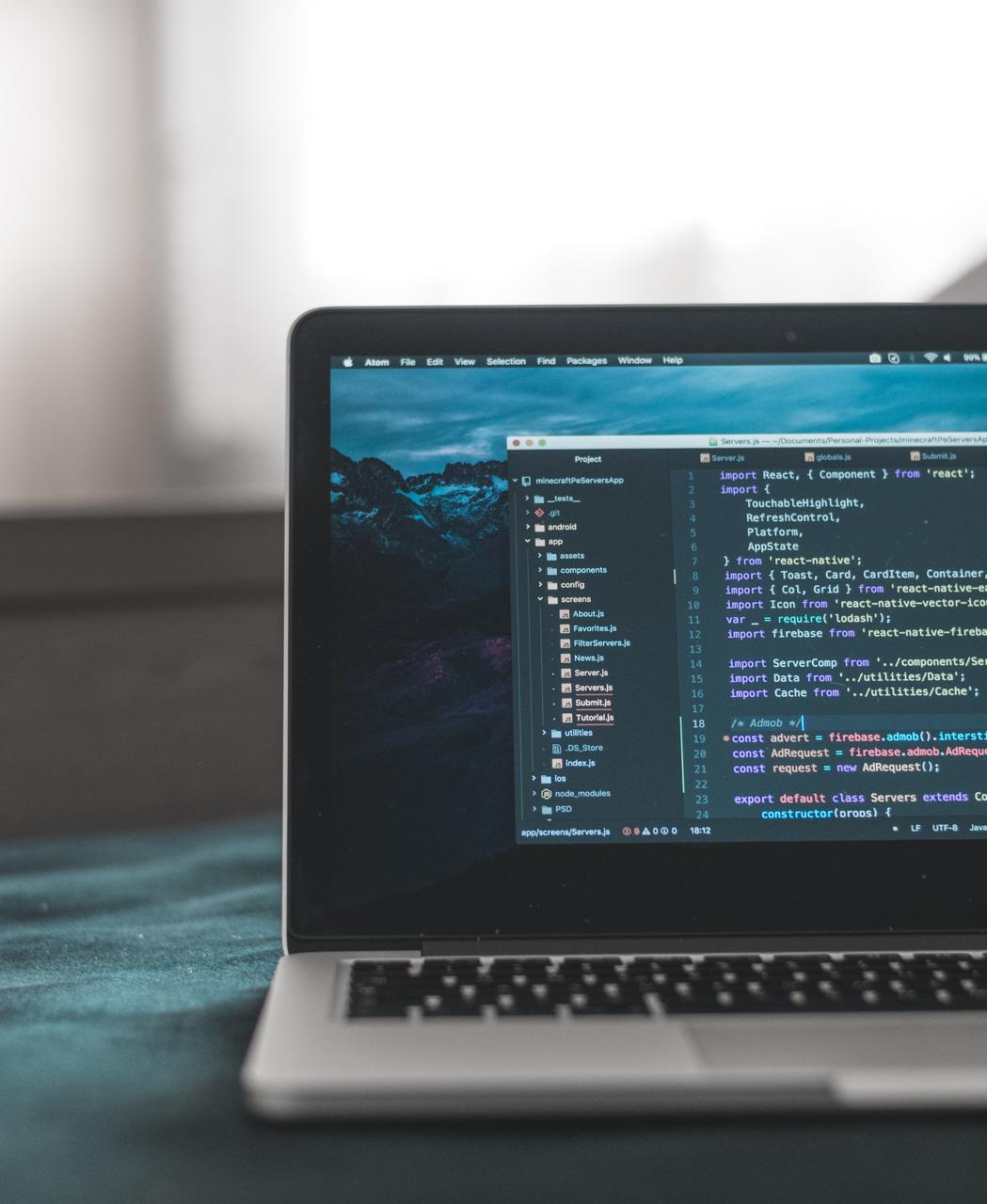 See the Jedha syllabus
Our latest articles!
The best Python frameworks
Learn the basics of the Python language
What is object-oriented programming?
Python libraries and libraries

Python is one of the most famous programming languages today. With the accumulation of data and the increasing complexity of the web, Python has become an important part of computer development. This programming language is used in many industries for various operations.

It also supports different packages and modules, which facilitates code reuse and program modularity. It is an open source language that is popular with application developers and even web developers. Python is very accessible for a beginner web developer, provided that he/she follows a suitable training. This computer language is mainly used for :

It is propelled to the forefront of data analysis, infrastructure management and application development. With Python, the web developer focuses more on what they do rather than how they do it. By coding with Python, the developer is freed from the time-consuming formatting constraints that were one of the main drawbacks with older languages.

Coding with Python is much faster for the developer than coding with any other computer language. Python is mainly used for automation and scripting. There are two versions of the programming language on the market, Python 2 and Python 3, which is the current version. It hasa concurrency check and a more efficient interpreter.

Why train in Python?

Taking a course to learn to code in Python has many advantages for a beginner or experienced web developer. Having statistical skills is appreciated. We also teach our students the basics of descriptive statistics in Python to know how to manipulate the language all the better.

Considered one of the most popular programming languages today, Python offers many career opportunities for the developer who wishes to learn. Many companies use this computer language to code their websites or applications. Year after year, there is an increasing demand for developers. Taking a Python training course helps the developer to broaden their skills and increase their value on the job market. He benefits from a certification in order to open up new horizons.

The syntax of Python is simple. The programming language is easy to understand and to learn. Moreover, the codes used in Python are less cumbersome. This is why it is one of the top 3 choices for computer languages today. Python also represents a strong and active community that supports the developer in case of problems with the software or programming errors.

The developer will only have to post questions on the community forums to get many answers from more experienced coders. Python training provides the developer with certification in the field and a wider professional network.

A career in data science

Python is known to be an intuitive, scalable and powerful language. It offers extensive graphing and visualisation options. Python makes it easy to manage and manipulate large data. Some of its features support the processing of multiple information in an automated way. Python helps the developer to model data.

This makes it one of the most widely used languages in data science and artificial intelligence. It supports several popular libraries. Taking an introductory course in Python with a team of experienced trainers is essential for any developer considering a career in this fast-growing sector. This provides certification in data science and machine learning.

Because of its simple syntax and support for a large number of machine learning libraries, Python is popular in the field of machine learning. In web development, this computer language facilitates access to a large collection of frameworks. In addition, code developed in Python is generally compatible with non-native platforms.

They can be integrated with C/C++ libraries, or with Java and .NET components. This is a real asset for the developer who works with several computer languages. Taking a Python training course with a professional team of trainers gives the developer the necessary skills and certification to build web applications more easily.

There are many courses online today to learn to code in Python. The courses offered by Jedha are highly recommended for mastering this computer language. These are mainly educational training modules in data science, data analysis, data engineering and cyber security with a documented introduction to Python. Practice is important to master the use of a programming language like Python.

The pedagogical training modules offered by Jedha consist of 70% practice and 30% theory. The courses are delivered by a team of professional trainers. A more hands-on approach to training helps to build up a maximum of skills in a short period of time. With live coding, independent projects and regular exercises, Jedha's training is ideal for learning Python. The training modules have been specifically designed to allow the developer to quickly become proficient, regardless of their initial level.

The Data training modules offered by Jedha are suitable for any learner who wants to make a career in web development. These courses follow a well-defined pedagogical plan. Jedha's team of trainers have the expertise to provide the developer with the best education and certification to carry out standalone projects with Python.

Known applications made in Python

Many applications and websites have been built using Python. Most of today's fast-growing technical companies choose to use Python for the back-end of their website.

The designers of this online photo and video sharing application have opted for Python for their back-end. The engineers are currently preparing a huge deployment of the Django web framework, which is written entirely in Python.

Launched in 2008, the Spotify application is built in Python while its website is in WordPress. The application's back-end contains interdependent services written in Python.

The developers of the streaming platform opted for Python because of its succinct syntax, standard library and large developer community.

Dropbox has grown from 2000 to 200 million users thanks to Python. The server's engineers use the computer language for all their tasks.

Learn them Python basics here! To run a program in Python, you need an interpreter. This is a program that translates the Python instructions written by the developer into machine language. Python is therefore an interpreted language. It has two main modes of use: interactive mode and script mode.

The former is used for encoding expressions one by one. In script mode, the program instructions must first be written to a text file and saved on the computer. Like any programming language in computing, Python has frameworks, libraries, moulds and packages.

The algorithms in Python can be defined as a set of instructions executed to get a solution to a problem. Algorithms can be implemented in several programming languages. Writing algorithms in Python is not guided by any standard rules. It depends much more on the problem and the resources. In Python, there are different types of algorithms:

These algorithms are also used in other languages. There are algorithms for inserting elements into a data structure. The instructions given in the algorithms must be clear and unambiguous.

A library in Python is a collection of code compiled for later use in a program. The Python library contains modules, configuration data messages, values and classes. It is a collection of related modules containing packages of reusable code. Libraries make programming easier for the developer. The developer no longer needs to write certain code since it already exists. Python libraries are widely used in machine learning, artificial intelligence, data visualisation and data science.

Difference between module and package

A module is a Python file containing a definition and instructions. It makes code easier to manage and facilitates its reusability. The developer no longer needs to rewrite the same code several times for new projects. The package can be defined as a large directory of modules. Python offers built-in packages like Python Package Index (PyPI) that can be used for different projects. The module contains the Python code while the package contains modules and sub-packages.

Object-oriented programming is a paradigm that groups associated behaviours and properties into individual objects. In Python, an object can thus represent a character with properties such as address, age, name and behaviours (running, breathing, talking, walking). OOP in Python helps the developer to model concrete real-world things.

Objects are therefore at the heart of the object-oriented programming in Python. They represent the data and the overall structure of the program. There is also procedural programming in Python which provides steps in the form of blocks of code or functions. Following an adapted training allows to better master the OOP in Python.

With over 6 million users, it is a popular tool for web and application developers. It is an open source Python distribution designed for data science and machine learning. It comes with a Conda environment manager. This package helps the developer to isolate projects that use different versions of Python. It aims to simplify deployment and package management.

Anaconda also comes with the most commonly used data science packages in Python. Anaconda offers the developer the possibility to work directly with already available data. Using Conda for package and environment management helps the developer to reduce future problems with the libraries that will be used.

Python is one of the most popular programming languages today. It is the third most used programming language ahead of C++. It also holds a place of choice in data science and machine learning. It is an indispensable computer language that every web developer must master.

Jedha offers several certification courses in Data Engineering, Data Analysis, Cybersecurity Data Science for people who want to Train in Python. The courses are provided by a team of experienced trainers who offer very accessible educational content for the beginner or experienced developer. The student to have an authentic certification in the field of Data Science. Jedha offers training modules with a very flexible timetable. Students have the possibility to follow the training full time or part time, face to face or online, depending on their availability. 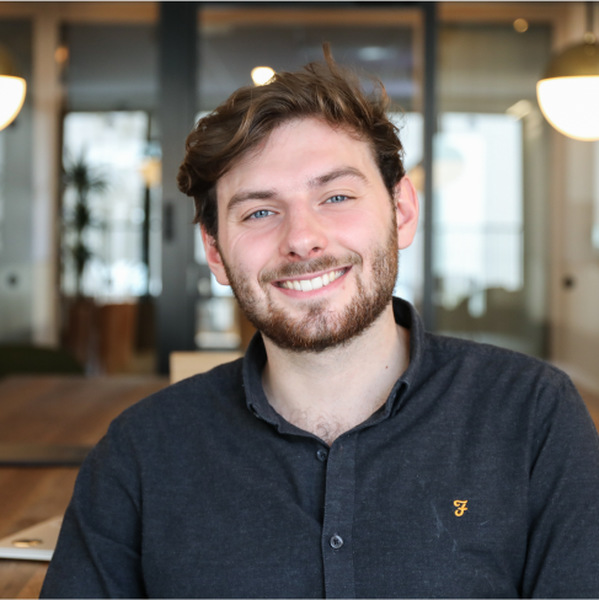